An exhibition organised jointly by the Réunion des Musées Nationaux and the Musée de l’Armée – in the Eglise du Dôme. This exhibition celebrates the bicentenary of the publication of La Description de l’Egypte, the first volumes of which came out in 1809. Planned during the Egyptian expedition, the publication was designed to be a record of the campaign (1798-1801). The subject itself dictated the choice of venue for the exhibition. What better place than the Army Museum to present this huge achievement and the personality of the man who ordered its publication: Napoleon? La Description de l'Egypte is a compilation of the work of some 160 civilians who accompanied Bonaparte, known to the soldiers as “the scientists”, the members of the Commission of Science and the Arts and of the Egyptian Institute. It presents the results of an in-depth geographical, scientific, economic and even ethnological survey, carried out in a country which fascinated them. They drew up a precious map of Egypt, on the scale of 1/100,000°, which covered 47 sheets. They made countless plans and drawings of the most magnificent monuments of ancient and modern Egypt, notes, delicate watercolours on the trades and crafts of Cairo, files on Egypt’s resources, industry and trade; they put together collections of antiquities and natural history specimens. All this material, arranged in three sections: Antiquities, The Modern State, Natural History, plus a geographical Atlas, make up the bulk of the huge work which was begun in 1802 and published in instalments up until 1829, spanning more than a quarter-century. The text of La Description de l’Egypte, printed in a thousand copies, filled 96 in-folio volumes, to which were added a Preface and a Notice in grand atlas format (70 x 54 cm). A total of nearly 7,000 pages, 157 entries written by 43 authors. The illustration of the volumes, 836 plates, of which about 60 in colour, etched or engraved in formats never used before (the largest covering a square metre) required the construction of new moulds and vats to make the paper and justified Nicolas Conté’s invention of a machine designed to lighten than the engraver’s task. New presses had to be built to print the huge images. Some of them required two years’ work. Nearly 200 engravers reproduced on copper plates the works of 62 draughtsmen, 46 of whom had participated in the expedition. The Arches paper mills supplied about 2,200,000 sheets of paper for the printing of the plates alone. An outstanding testimony to an extraordinary adventure, scientific as much as military, La Description de l'Egypte is also a monument to French publishing. Napoleon, whose name stands alone at the head of the work, wanted it to be magnificent and magnificent it is. The Emperor followed the progress of the enterprise closely and decreed that the first volumes of La Description de l'Egypte would come out in 1809, for the tenth anniversary of his accession to power. In fact, distribution to subscribers could not begin until 1810 but the first title pages were post-dated to 1809 and so it is indeed a bicentenary that is celebrated in 2009. The exhibition has assembled a wide range of exhibits: watercolours, drawings, modern prints pulled from the original plates in the RMN Print Workshop, sculptures, musical instruments, stuffed animals, the special cabinet designed to hold the work, manuscripts, and printed material produced for its launch (subscription forms, etc). Curator Yves Laissus, honorary inspector general of libraries Exhibition design Maddalena Giovannini, architect and designer

Book your tickets for a wonderful autumn 2018 at the Grand Palais!

- 31 July 2018
You can already purchase your tickets online for a great autumn with the Grand Palais!

Book your tickets for a wonderful spring 2018 in Grand Palais !

- 25 January 2018
You can already purchase your tickets online for a great spring in Grand Palais ! 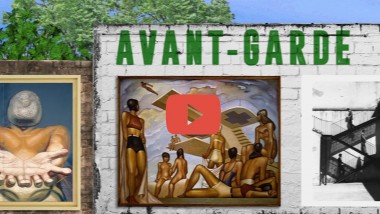 A taste of Mexico, the trailer of the exhibition

- 29 September 2016
Political revolution, but also cultural arts: between 1900 and 1950, Mexico bubbly. Painters, sculptors and photographers, the time of the artists engage and capture the tradition to build a Mexican modernity. Be the journey to discover or rediscover the masterpieces of Frida Kahlo, Diego Rivera, José Clemente Orozco and their contemporaries. 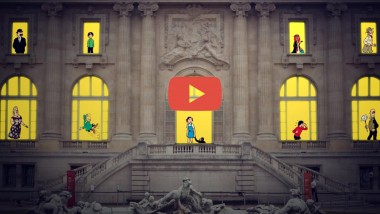