An exhibition organised by the Rmn – Grand Palais in collaboration with the Musée Guimet and MO5.COM. This is the first exhibition to be held in the renovated South East Gallery in the Grand Palais. Video games are a new media which first appeared in the early 1970s and have steadily developed into a major cultural industry. From the outset, this new media stimulated much discussion and analysis, focused mainly on the social or personal impact of game playing. This exhibition takes a different approach, looking at video games from an aesthetic and cultural angle. An aesthetic and technical history The history of video games goes hand-in-hand with the evolution of technology, which allowed game developers to create increasingly rich and varied worlds and game experiences. Thanks to increasingly powerful computer components, each new generation of video game hardware has enjoyed greater design possibilities not only visually but in music, sound and interactivity. The first video games were big white squares; the most recent have high resolution or even 3-D displays and an infinite variety of graphics styles and visual worlds. The first sounds were simple electronic beeps; now, symphonic music, veritable soundtracks, is composed specifically for video games. The joystick for the earliest video games had just one button to move a racket from left to right on a screen; now game consoles detect the movements of the players, who are themselves the game interface. Throughout the history of video games, images, sound and interactivity have kept pace with developments in technology, leading to a succession of styles, each with a particular visual and sound mood and degree of interactivity. A cultural history Apart from aesthetics and technology, video game history is also a cultural history of new contemporary imaginative worlds which arose from the encounter between the cultural backgrounds of the United States, Japan and Europe, and more specifically France, which is a leader in this field. Through design supports as varied as the cinema, European animated films, Franco-Belgian comics, American comics, Japanese manga, Japanese anime and American TV series, new worlds have been created. Video games draw on all these sources and influence them in their turn. The history of video games is also that of industrial and graphic design, which can be seen in the shape of the consoles, the layout of specialist magazines, the design of game boxes and advertisements. Each period has specific "visual moods", which the exhibition will explore through various objects related to video games and other supports for the new imaginary worlds. Keys for understanding and a chance to play Studies on the aesthetic and cultural history of video games give the public - even complete beginners – a potted history of styles and keys for understanding or identifying games. That is what this exhibition intends to do: the circuit is divided into chronological sections, in which visitors can try the main video games for each period on vintage equipment in perfect operating condition. Curated by: Jean-Baptiste Clais, curator of the Chinese section of the Musée national des Arts asiatiques Guimet, and head of contemporary Japanese transmedia cultures Philippe Dubois, president of MO5.COM Game Story is sponsored by SELL Orange Ministère de la Culture et de la Communication Universcience 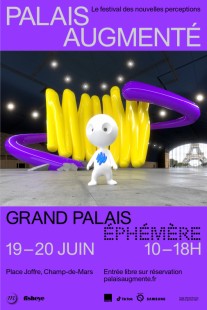